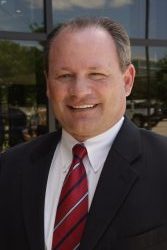 In the fall of 1995 Kevin Wingert was approached by Dave Noble about starting a new life insurance company based out of West Des Moines, IA called American Equity.  In 2001 he was named President of American Equity Life Insurance and served on the board of directors for both the life insurance company and the holding company that went public in 2004.  At American Equity, the vision was simple.  People. Service. Future.  It was that vision that moved him to see opportunity, not security, and became an American Entrepreneur in 2009 when he started American Retirement Systems.